According to unnamed sources, the Texas Rangers are expected to announce on Tuesday that Hickory Crawdads second baseman Andy Ibanez has been promoted to AA Frisco (Tex.). 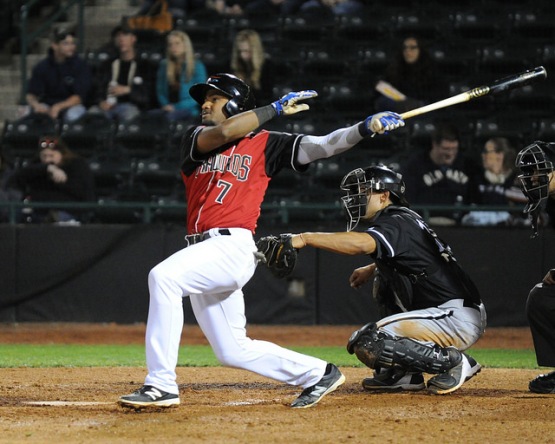 Andy Ibnanez has been among the SAL best hitters much of the season. (Photo by Tracy Proffitt)

The native of Havana, Cuba played in 49 games for Hickory this season and posted a .324/.413/.546 slash with 18 doubles and seven homers. In club history, among players with 150 or more plate appearances, Ibanez is ninth overall in on-base percentage.

Ibanez leaves the South Atlantic League leading the circuit in slugging pct. He is second in total bases (101) and OPS (.959), third in doubles, fourth in RBI (35) and on-base pct.

With the recent uptick at the plate, Mike Daly, the senior director of minor league operations for the Texas Rangers, seemed to indicate in a recent interview that Ibanez was nearing a promotion. When asked about a possible promotion, Daly responded, “We had some of those discussions. Obviously, he was outstanding there in April, but it’s a five-month season here at the minor league level and it’s a grind each and every day. Andy will definitely have his time at the higher level and it’ll probably come sooner rather than later.”

During his time with Hickory, Ibanez was tasked to work on his defense as well as learning the game in a U.S. organization setting.

“Andy’s is a little bit of a unique situation,” said Daly recently. “He had not played baseball in a number of years. Trying to bring him into a new country having not playing baseball for a couple of seasons, we felt like it was best to start him here in Hickory.”